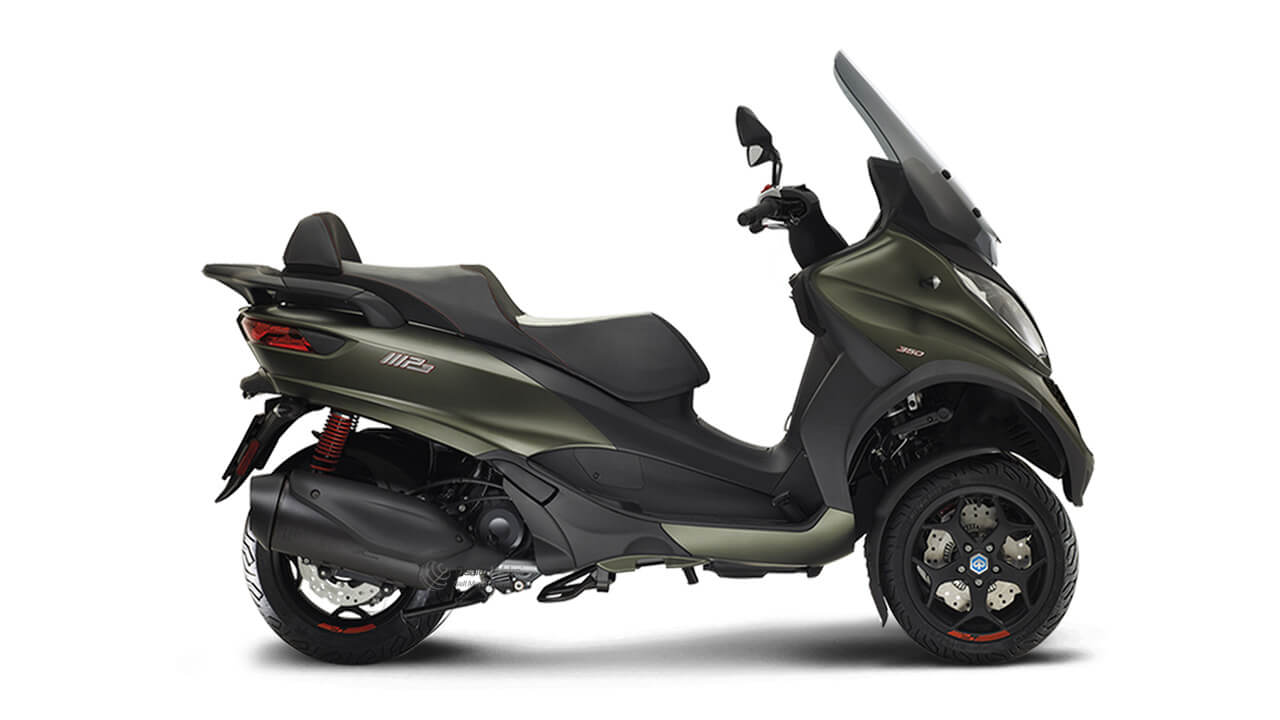 Introducing the single-cylinder four-stroke, four-valve, liquid-cooled 350 cc engine with electronic injection to the Piaggio MP3 range.
Already a success with the Piaggio Beverley 350, it’s not hard to see why it is widely considered one of the best engines ever built in its category. With performance equal to that of a 400 cc but a contained bulk and weight more like a 300, it’s light as a feather with the power to soar like an eagle.

Take over the city on three wheels

The design, which echoes the Piaggio MP3 500 HPE Sport, is instantly recognisable by its numerous details in matt black, such as the five-split-spoke wheel rims.
Standard features include the waveform front brake discs, whilst the vibrant red spring of the shock absorbers add a touch of dynamism.